Campaign to move a ramp to save kids.

Safety at New York’s Asphalt Green community recreation campus was in jeopardy due to a proposal that would place a garbage truck ramp between a soccer field and toddler playground. At Fenton, we stressed the conflict of this location with New York City Mayor de Blasio’s “Vision Zero” traffic safety initiative through targeted advertising, social media and high-profile media coverage in the New York Times, local TV and radio. As a result of sustained, aggressive campaign efforts, the mayor finally agreed to move the ramp to a safer location. 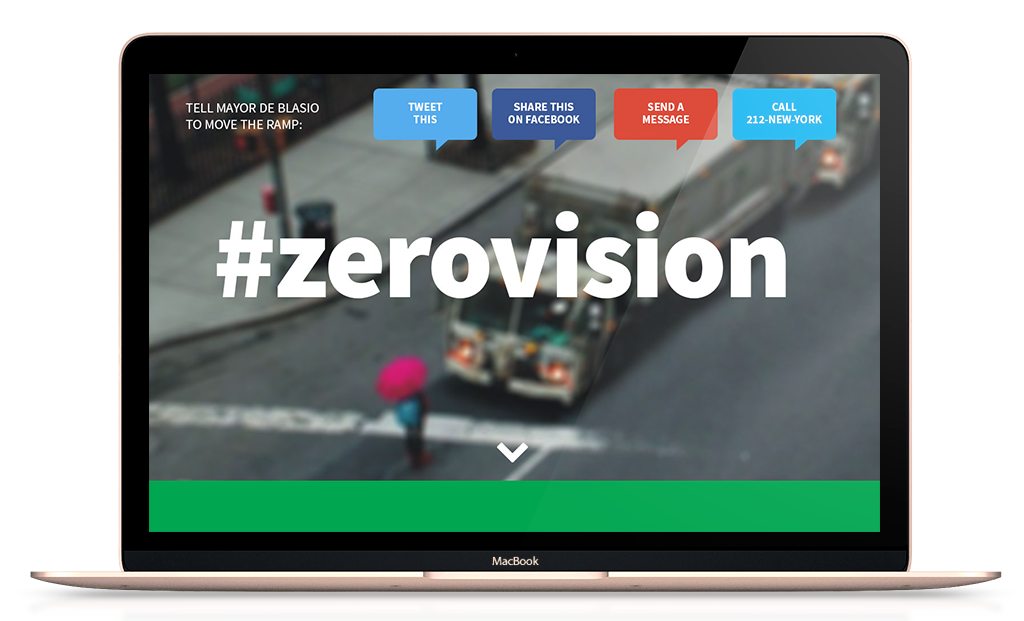 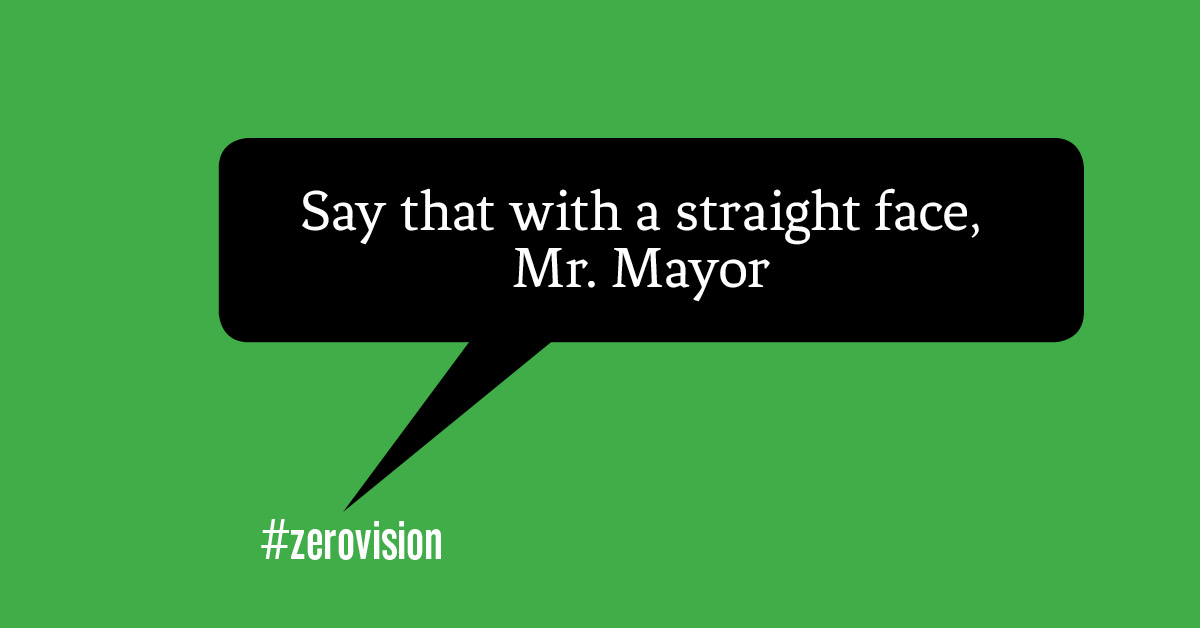 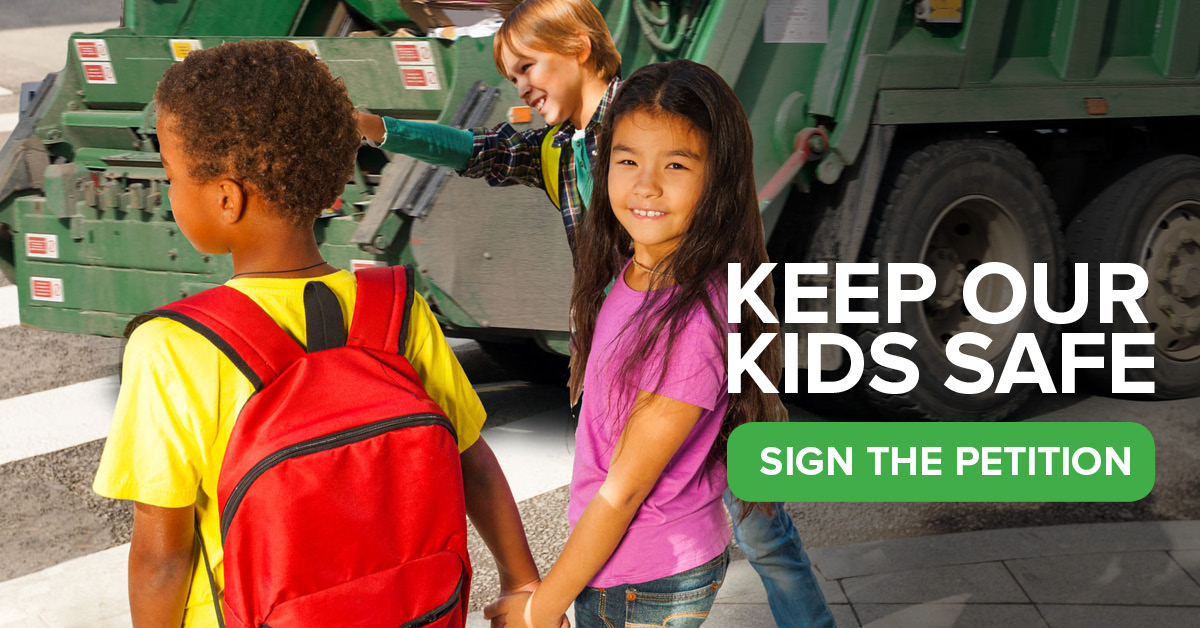 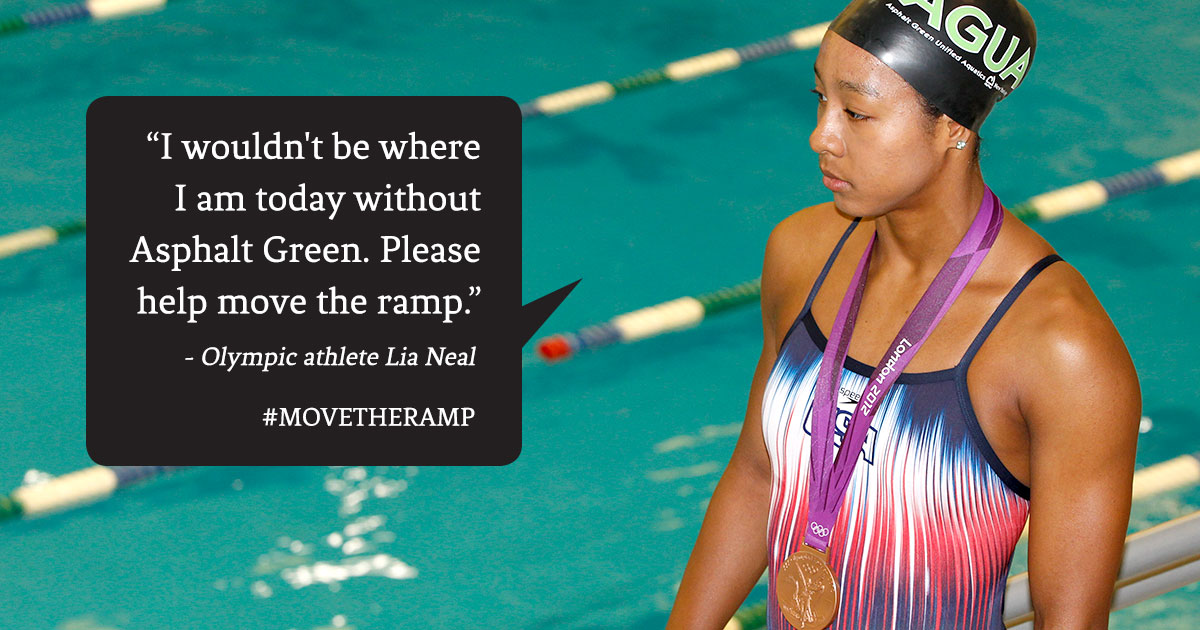 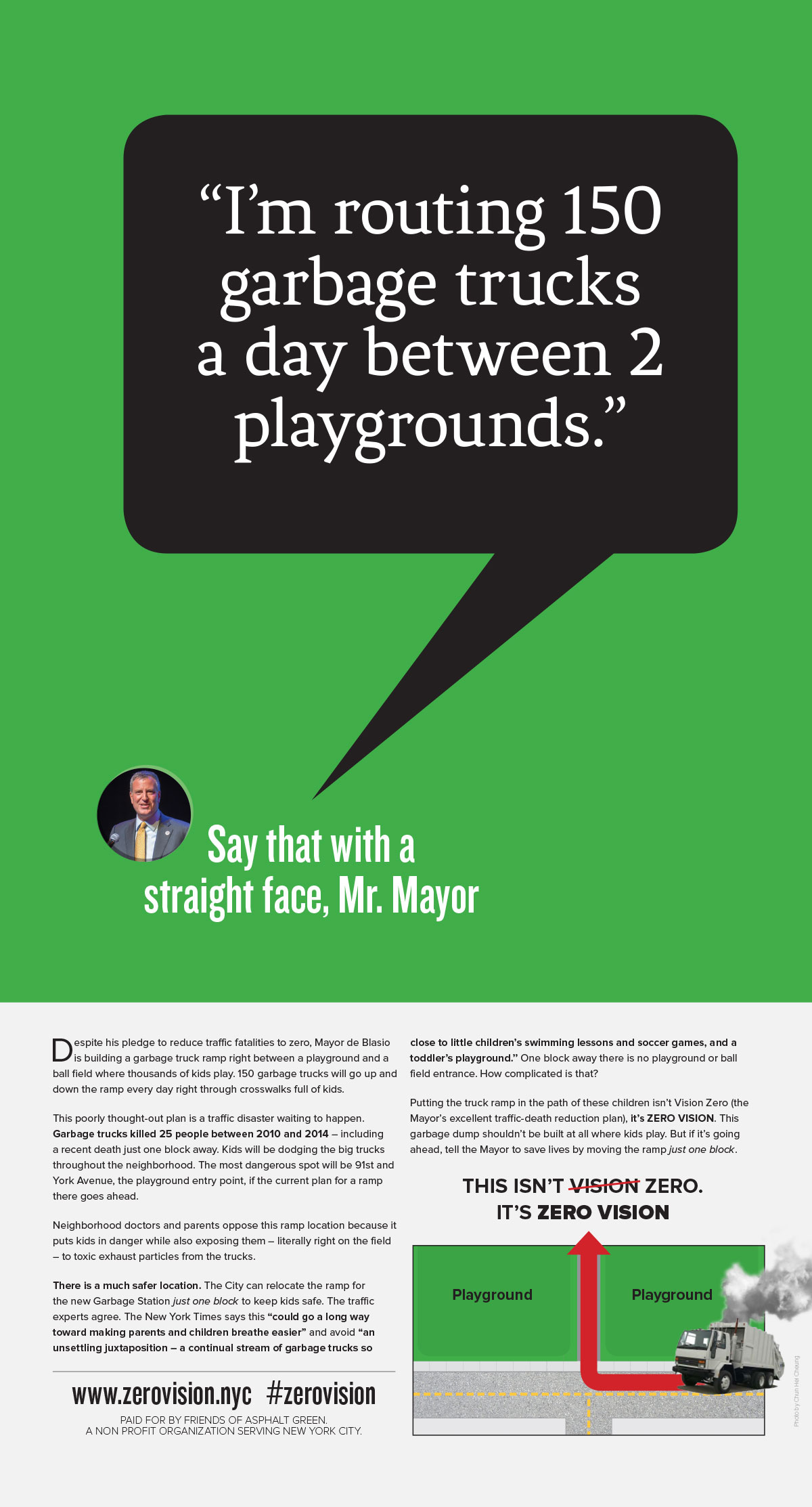